Founding the Knights of Columbus

On March 29, the Connecticut legislature granted a charter to the Knights of Columbus, formally establishing it as a legal corporation. The Order’s principles in 1882 were “Charity” and “Unity.” The concepts of “Fraternity” and “Patriotism” were added later. Each of these ideals played a major role in ceremonials from the beginning. The Columbus-linked themes, says historian Christopher J. Kauffman, “reverberated with pride in the American promise of liberty, equality and opportunity.” Our Order’s founder is the Venerable Michael J. McGivney, who is under consideration for canonization (sainthood).

Blessed Junipero Serra Council 9498 is a parish-based council that supports Mission San Diego de Alcalá. We also support the Knights of Columbus Order initiatives and programs. Our Order’s motto is Tempus Fugit, Memento Mori (Time is fleeting, Remember Death), which reminds us we have limited time on earth is limited to prove ourselves worthy of eternal life with God. We hold fundraising events in support our church and programs for those in need. The Knights also participate in the Festival of the Bells, which is an annual event at the Mission. Our Council was re-established in 2010 after a long period of inactivity. Prior to re-establishment, Knights from the Mission were a part of our sister council, San Diego Mother Council 1349, which celebrated its 100 year anniversary in 2008.

The Knights and the Rosary 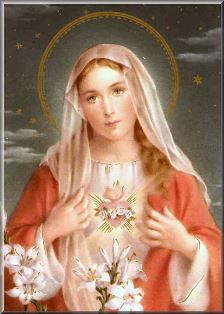